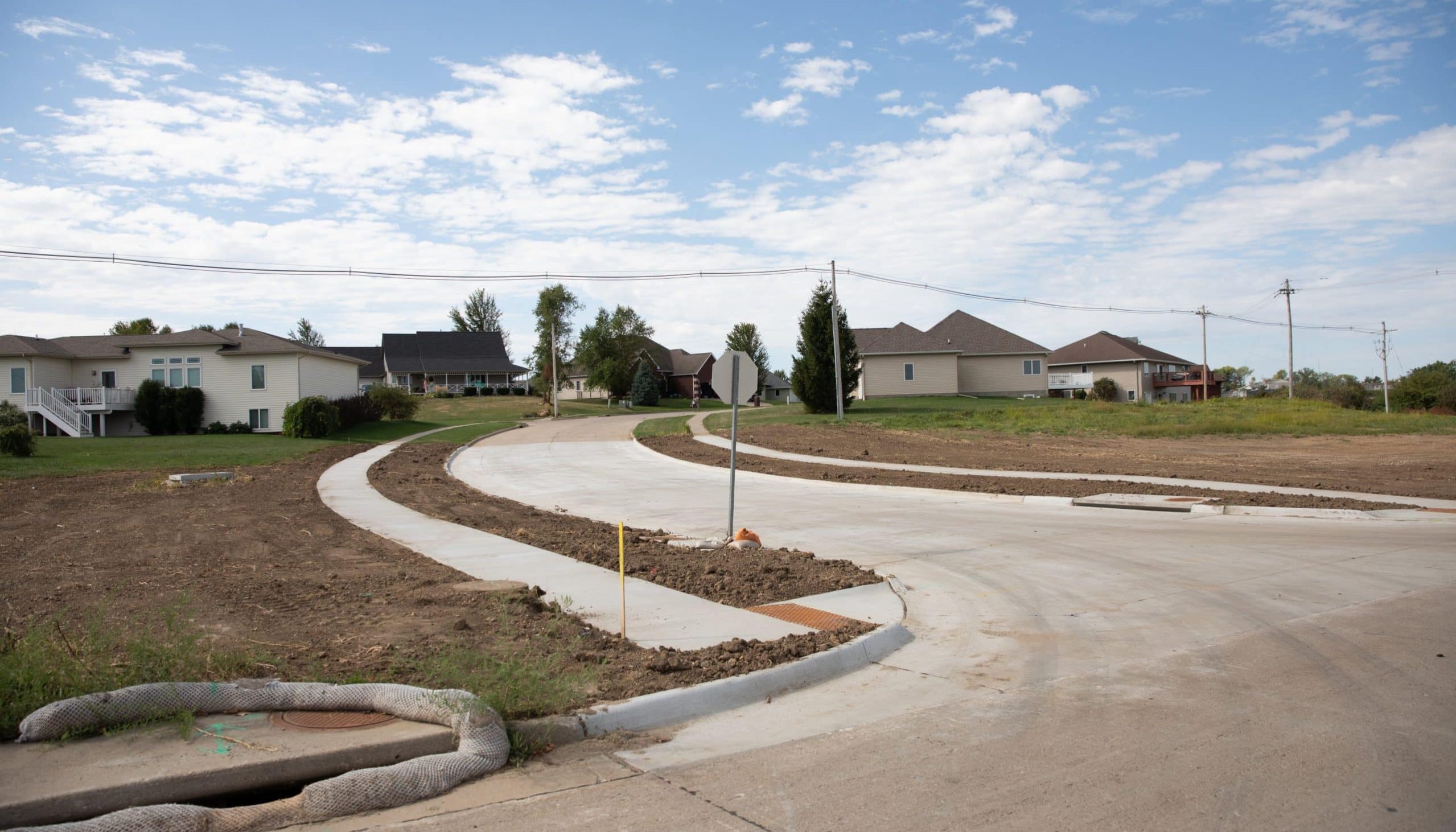 CGA assisted the City of Marshalltown in developing a subdivision in a strip of undeveloped land along a major collector in town.  With the subdivision, the City was not only able to set-up for the development of more housing in the area but also provide a second access point to an existing development containing 68 lots to aid in a more robust ability to respond to emergencies within that residential area.  CGA assisted the City with performing boundary and topographic surveys; designing a 155-ft street connection; conducting a stormwater analysis; designing a storm sewer pipe network to convey stormwater to an existing detention basin; preparing bid documents; construction staking; and creating the necessary preliminary and final plats for the City’s subdivision process.