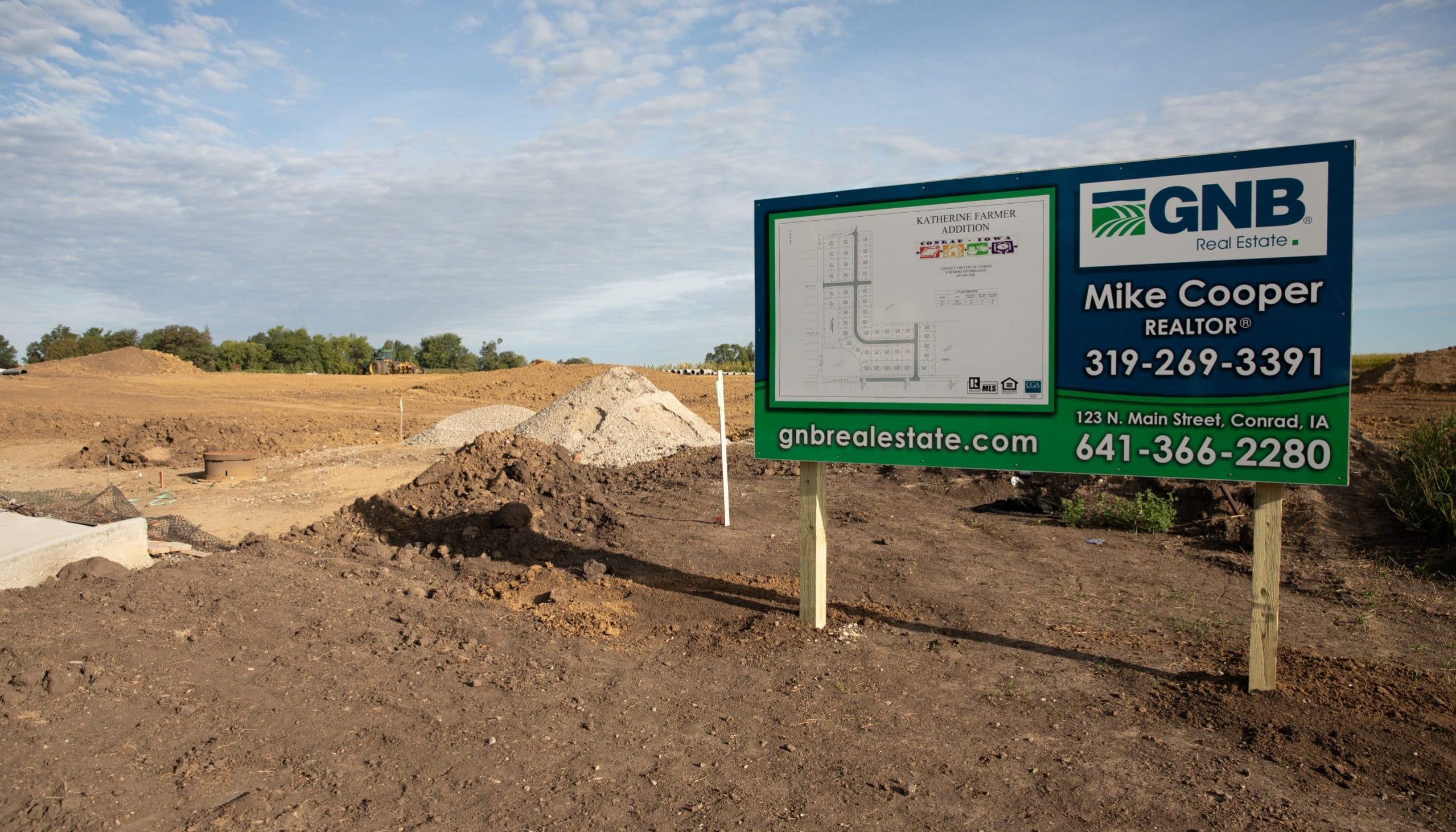 CGA worked with the City of Conrad to develop a 20-acre piece of land for a mix of 50 lots consisting of single-family residential and multi-family/duplex homes. The development is bond-funded and CGA has completed the initial boundary survey, topo survey, infrastructure design, and assisted the City during the construction phase by performing construction observation, construction staking, materials testing on-site, and managing pay estimates. During construction, there was a large emphasis on managing stormwater as the City also requested integration of stormwater management to alleviate a history of overcharging the downstream storm sewer which results in overland flow and flooding of existing basements in nearby neighborhoods. Two detention ponds were designed to accept stormwater from the proposed storm sewer system and drainage ditches, detain the runoff during significant rain events and release it back into the existing storm sewer system at a lower rate than it would have previously been released prior to the project. CGA was also heavily involved in assisting the City with the lot marketing process and assisting the City’s Development Corporation in creating marketing brochures/exhibits, interviewing and obtaining a realtor, and creating general promotional material for the new subdivision.

CGA handled the platting process and set property pins for when the City is ready to begin creating abstracts for the new lots.