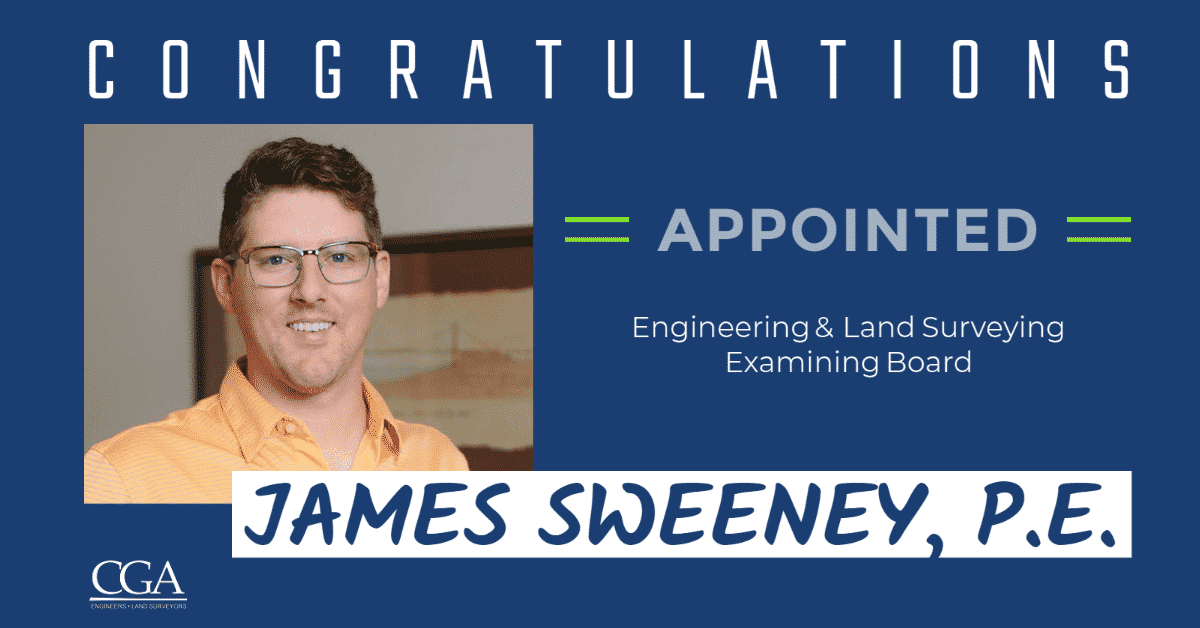 CGA is pleased to announce James Sweeney, P.E. has been appointed to the Engineering and Land Surveying Examining Board on September 24th, 2021, by Governor Kim Reynolds.

Sweeney has been an engineer with CGA since 2017 when Ryken Engineering merged with CGA.  He graduated from Iowa State University in 2011 with a Bachelor of Science degree in Agricultural Engineering with an emphasis in Structural and Biological design.  Sweeney became a licensed P.E. in 2017 and has spent the last ten years designing a wide array of structures including buildings, commercial retaining walls, pedestrian bridges, and foundations.  He has also been heavily involved in the design of hydrology projects, including Hardin and Franklin County’s extensive portfolio of Drainage District facilities. In 2020, he also became a licensed private pilot and commercial drone pilot.

“It is a great honor, and responsibility,” Sweeney commented, “to be asked to take part in this position for the State of Iowa and the Engineering and Land Surveying industry. I am excited to do my part in continuing the tradition of engineering excellence, responsibility, and accountability that our profession provides so that Iowans may be confident in the quality of development in their communities.”

The Engineering and Land Surveying Examining Board was created by the General Assembly in 1919. A person cannot practice professional engineering or land surveying without first being registered with the board.

CGA to Exhibit at Iowa League of Cities in Waterloo
September 16, 2022