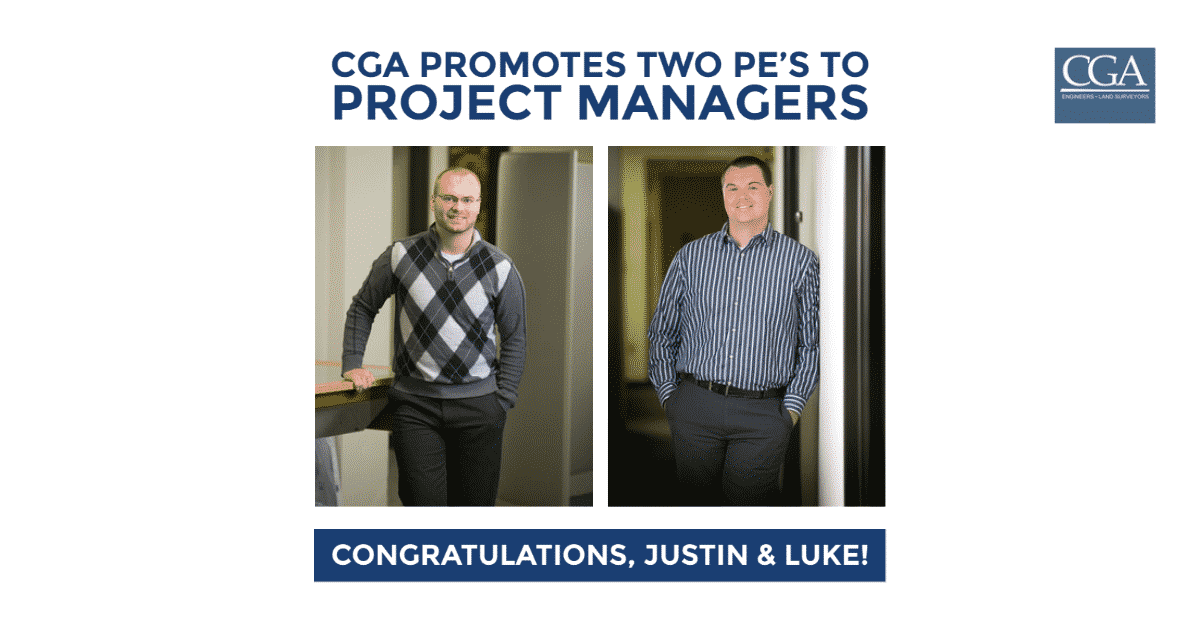 Clapsaddle-Garber Associates, Inc. (CGA) is pleased to announce the promotion of two of its team members. Justin Strom, PE, and Luke Wilson, PE, have both been promoted to Project Managers.

Strom has been an engineer with CGA since 2013 and graduated from Iowa State in 2012 with a Bachelor of Science degree in Civil Engineering.  He became a licensed PE in 2017 and spent five years as a Design Engineer. He is a member of the Iowa Engineering Society and the American Society of Civil Engineers. Strom has worked on a plethora of projects for CGA over the past eight years and has been involved in the aviation division. He has also been a key part of the engineering team on numerous private and public land development and construction management projects throughout the state of Iowa. 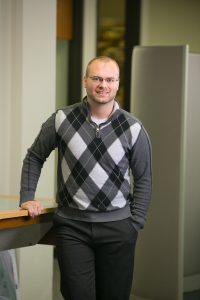 Wilson recently obtained his PE license in 2020 and graduated from Iowa State University in 2015 with a Bachelor of Science in Civil Engineering. He’s been a Project Engineer with CGA since graduation. Throughout his five years with the firm, he has spent many hours working on design and construction administration projects. Wilson has worked closely with CGA Project Managers on both public and private projects such as educational, recreational, and healthcare site development projects, streets and transportation, and land development.

CGA has a robust engineering and surveying team, consisting of eight Professional Licensed Surveyors and eleven Professional Engineers throughout their Ackley, Ames, Cedar Falls, Marshalltown, and Webster City locations. “Justin and Luke have both worked very hard for this promotion. I am confident they are going to represent CGA as responsive Project Managers that put the client’s needs first. Congratulations to you both!” Matt Garber, President and CEO.

CGA to Exhibit at Iowa League of Cities in Waterloo
September 16, 2022
Go to Top